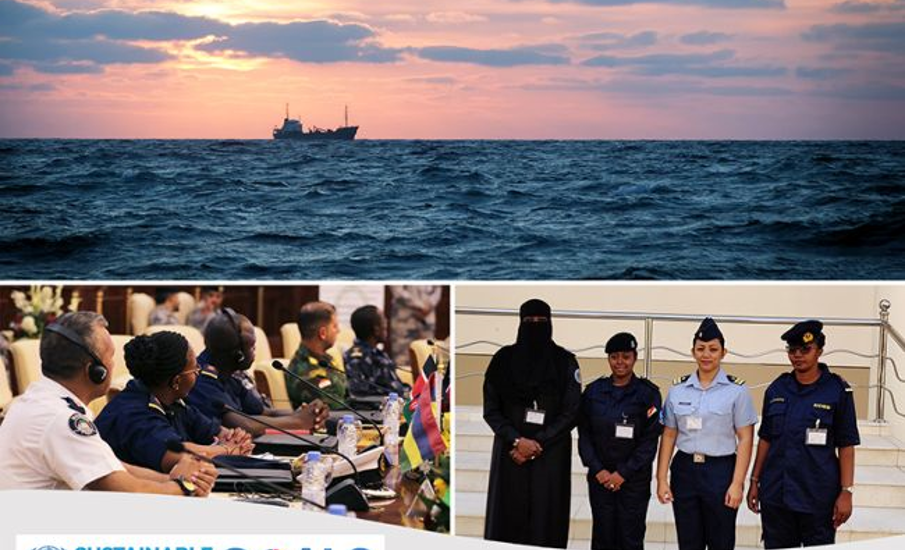 IMO’s ongoing work to counter-piracy/armed robbery against ships and other illicit activities at sea is underway at the Mohammed Bin Naif Academy for Maritime Science and Security Studies, Jeddah, Saudi Arabia (9-27 February).
Participants from 18 countries* are sharing best practices and learning skills to deal with maritime crimes at sea – including piracy/robbery, drug trafficking, marine terrorism, weapons smuggling, human trafficking and more.
It is the second time that countries across three regions have been invited to participate in such an event, which is primarily intended for countries implementing the Djibouti Code of Conduct (DCoC) and its Jeddah Amendment.

The training has been extended to participants from countries involved in the West and Central Africa Code of Conduct and the Regional Cooperation Agreement on Combating Piracy and Armed Robbery against Ships in Asia (ReCAAP).
Female participants from Kenya, Philippines, Saudi Arabia and Seychelles, took part in the training at the Academy for the first time. This followed commitments made by Saudi Arabia to support last year’s World Maritime Day 2019 theme “Empowering Women in the Maritime Community” which raised awareness of the importance of gender equality, in line with the United Nations’ Sustainable Development Goals, and to highlight the important of the yet under-utilized contribution of women.
* Bahrain, Cameroon, Comoros, Djibouti, Egypt, Jordan, Kenya, Mauritius, Mozambique, Oman, Nigeria, Philippines, Saudi Arabia, Seychelles, Somalia, Sri Lanka, United Rep of Tanzania, Yemen


Company presentation
How can we help you?